Subscribe to our campaign newsletter for legislative and community updates from Representative Armando "Mando" Martinez.

Representative Martinez serves as Secretary of the Mexican American Legislative Caucus, a Board Member of the National Association of Latino Elected and Appointed Officials (NALEO), and is also a member of the National Hispanic Caucus of State Legislators, the Texas Veterans Caucus, the Texas Women's Health Care Caucus, and numerous other organizations. As a Deputy Whip for the Democratic Caucus, Representative Martinez is always engaged in legislative discussions and proceedings.  Locally, Representative Martinez is involved with the American G.I. Forum of Texas and Weslaco Crime Stoppers, while also serving as a member of the Weslaco Rotary Club, Weslaco Lions Club, and Weslaco Elks Lodge.

As a native of Weslaco and Hidalgo County, Representative Martinez is the youngest of three children educated through the Weslaco Independent School System. In 1998, he earned his Bachelor of Science degree from the University of Texas-Pan American in Edinburg. He also holds a Master of Public Administration (MPA) degree, which he earned in 2020.

In 1998, Representative Martinez was hired by the City of Weslaco Fire Department EMS, where he served as a Firefighter and Licensed Paramedic. In 2000, he joined Valley Aircare as a Critical Care Flight Paramedic to provide pre-hospital treatment transporting sick and injured patients both Nationally and Internationally to facilities providing a higher level of care. He later became an Advanced Coordinator through the  Texas Department of State Health Services allowing him to provide a Self-Study "In-House" Emergency Medical Technology program for EMT and Paramedic training at a lower cost for fire departments across the Rio Grande Valley. During this time Representative Martinez became a Master Firefighter and holds a Master Level 3 Fire Instructor certification allowing him to host and certify firefighters. Representative Martinez has been a small-business owner for over 10 years. Representative Martinez is also a private pilot and enjoys flying the friendly skies.

Representative Martinez resides in Weslaco with his wife Marisa and their children.

​Representative Martinez has been a member of the Texas House of Representatives since 2004. He is known as a man who represents his Constituents with great passion and will address the issues head-on.

Thank you for contacting us! If needed, you will hear back within 48-72 hours.
Contribute
Keep Informed

Your donation to our campaign will help create a brighter future for the Rio Grande Valley and the State of Texas.​ 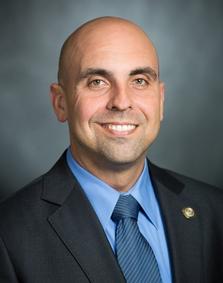 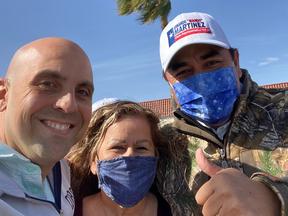 Together, we can continue strengthening our community. Please consider volunteering your time to our campaign. ​ 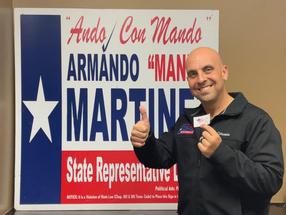